Detailed description for this Cover Band

This is a tribute show to all the best hip hop,r'n'b, pop songs form the year 2000 until today. The songs are perfectly structured and connected as a whole medley broken into 6 parts of 20 minutes approximately. The three singers, Sara, Alessandro and Mike love audience interaction and are always capable of keeping the crowd on a dance floor busy and lively. The three voices are a definite bonus to the band as they contribute to singing a wide range of songs and styles. The show is a real crescendo, the winning key to a succesfull performance, keeping people dancing all through.  They are always refreshing their song list so as to satisfy the crowds. Members of the band have achieved wealthy experience on stage touring all over Italy since the band was formed and during their previous commitments in the music business despite their young age. Some of their interpretation: 50 Cent, Mary j. Blige, Coolio, Eminem, Beyoncè, Jay Z, Rihanna, Jason Derulo, Chris Brown and many more.

Fill out my online form.

This Cover Band at a glance

We can email you with more details...

We can email you directly with more details about this act, just leave us your email address and we'll get back to you!

Register your act now! - It's free!

You're on your way to more bookings! Just get one to five pictures ready - and optionally an mp3 demo file - and hit the button below! We look forward to hearing from you!

I want to register! 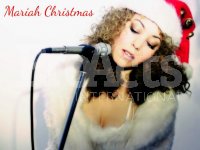