Our clients are the most important thing to us!

Satisfying you is our only consideration, contracting reliable, professional, acts is the cornerstone of this philosophy. Here are some kind things our clients are saying about us.

I booked this tribute band through Pro Acts and everything was Fabulous. Alan helped me from the start with the booking giving different booking options and putting me in touch with the The Jersey boys tribute team. Everything was very well-organised, and I was confident that everything was going to go great and as planned. On the day of our event the sound technician and the boys arrived in good time, they were very professional and did a quick soundcheck before going to get ready. The team made us feel very relaxed as it was all controlled and taken out of our hands so it was one less thing to worry about during the manic preparations. In the end, everything ran smoothly and the team gave a fabulous performance, and they really made our occasion special.

My god was Adele tribute amazing last night. We apologize that due to weather and probably time of year it wasn’t as busy as other Saturday night fever nights but for sure she will be back. Just incredible performer and performance. Can’t say thank you enough to Alan in ProAct International who has made the last 20 weeks a pleasure. We now kick on to our New Years festival which is incredible and only 28 tickets left for New Year’s Eve.
☘️🇮🇪👍 thank you to all for your super support over the 2018 year 👍

We have been more than delighted with Alan and his team, for their professional approach to supplying good Artist's to Quesada Country Club in 2016, he was constantly in touch with me to make sure they deliver not only a good night, but also how there portray themselves, timekeeping, image and most of all, in touch with what the audience want. We will continue to use Alan's services in 2017 thank you Alan.

We will defiantly be having more tribute nights, the shows are amazing!!

Letter of thanks to ProActs International

A devastating earthquake measuring a magnitude of 8.0 on the Richter scale hit Wenchuan County in Sichuan Province at 14:28 on May 2nd 2008, which has brought serious damages to local lives and properties, destroyed Traditional Chinese Medicine hospitals in quake-hit areas as well. The Chinese government took immediate action to organize and save the local people and to urge the nation-wide power to contribute for the relief work soon after the quake. Meanwhile, the Wenchuan earthquake also won the rapid and widespread concerns, condolences and sympathies from the international societies. 'Many countries, regions, companies and groups and individual gave their donations, dispatched professional disaster relief teams and provided Both financial and material supports, all of which extensively encouraged and were of great help for the quake-hit areas in China, Upon the important moment of receiving disaster and rebuilding home, you carried forward the international humanitarianism, concerned about what Chinese people were worrying about, and donated what Chinese people were demanding most. 'Your excellent performance not only Brought the great things But also the utmost comfort that in urgent need by the impacted people, which adequately reflecting your sincere friendship to the whole Chinese nation. All that you’ve done have helped recovering and rebuilding the local TMC hospitals, which enabled the people in quake-hit areas enjoying the fundamental TMC Healthcare services and guaranteeing Basic heath condition and well-Being for local people. Here we would like to express our sincere gratitude and highest respect to your success support and immediate, powerful assistance, as well to your deep concerns about public affairs and your true love for the Chinese people.’We deeply Believe, that under the joint endeavour of the government and our people in China as well as the international friends, an even more Beautiful Brand-new home will present in front of the whole world, you are all welcomed to come for a visit in China, to experience the harmonious and peaceful 'new life here. State Administration of Traditional Chinese Medicine, the People's Republic of China.

For one night only Beatlemania was alive and kicking in Cuidad Quesada, and all for a worthwhile cause. On Saturday 7th March 2009, the Fab Four's memory was re-kindled in style at a charity fund raising event on behalf of A.P.A.H. Animal Rescue Charity. The Backbeat4, a fantastic Beatles tribute band, provided by the ProActs International Entertainment Agency, performed some of the Beatles memorable songs of the sixties, in Goyo's restaurant in Cuidad Quesada, Costa Blanca, Spain. They were supported by a wonderful young female singer, Shani Ormiston, whose voice was fantastically powerful for such a young singer. Their compare Bob also did a superb job of pulling the whole event together and was instrumental in helping A.P.A.H. to raise the sensational amount of 1,012.30 Euros, an amount that surpassed everyone's expectations. Everyone performing there that night gave their time for free and put their heart and soul into making it a memorable night for everyone who was there to support APAH. Amazingly enough there were people willing to travel from Murcia, and book a night's stay in a local Guest house, just to get the chance to enjoy the performance. A writer for the Beatlemania Magazine also attended the event, and his wife donated 40 Euros to APAH for the chance to hear the John singing the famous John Lennon song, Imagine, Which he did superbly. The whole bar was rocking and singing to their favourite Beatles songs, and many people are still talking about the night, those who enjoyed it, and those who were disappointed to be refused tickets because the number of tickets recommended by the Bar was very quickly snapped up. Luckily for APAH, The Backbeat4 have offered to hold two more Beatle's Nights during 2009, and APAH will be searching for a larger venue for the next event, as it soon became obvious that double, or maybe even treble the amount of tickets could easily have been sold. All in all, a fantastic night, and we all eagerly look forward to the next one.

I am writing to say very many thanks for providing the entertainment at the above event. Words cannot thank you enough for what you did. At the beginning of the evening when the original act did not turn up, I really thought it was going to be a disaster. However, when we telephoned you, you instantly said you would help — the entertainment you provided was superb and every single person present that night, said how much they enjoyed the evening. I personally feel it all worked out for the best, and thoroughly enjoyed the evening myself Could I please also inform you that I have been in touch with Ed Dolan from radio WM, and asked if he would be so kind as to give you a 'Dove' award, which is a special award radio WM does give to people who have done something good/special for someone else — such as the above. I have emailed him and also requested that he gives fall acknowledgement of what you have done for me. May 1 also give huge thanks for the generous donation that you also gave for our fund-raising, it was much unexpected. But very gratefully received by myself and Rev. Eve Pitts ensured that you had full acknowledgement at our church service this morning, and 1 certainly will be recommending you to family and friends. 1 also sincerely hope that you will be able to provide the entertainment for me, when I organise a further fund-raising evening in the future. With kindest regards, and very many thanks,Miss. Sarah L. Davis Reverend Eve Pitts

Featured acts for this month!

Register your act now! - It's free!

You're on your way to more bookings! Just get one to five pictures ready - and optionally an mp3 demo file - and hit the button below! We look forward to hearing from you!

I want to register! 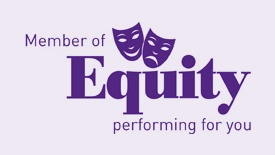